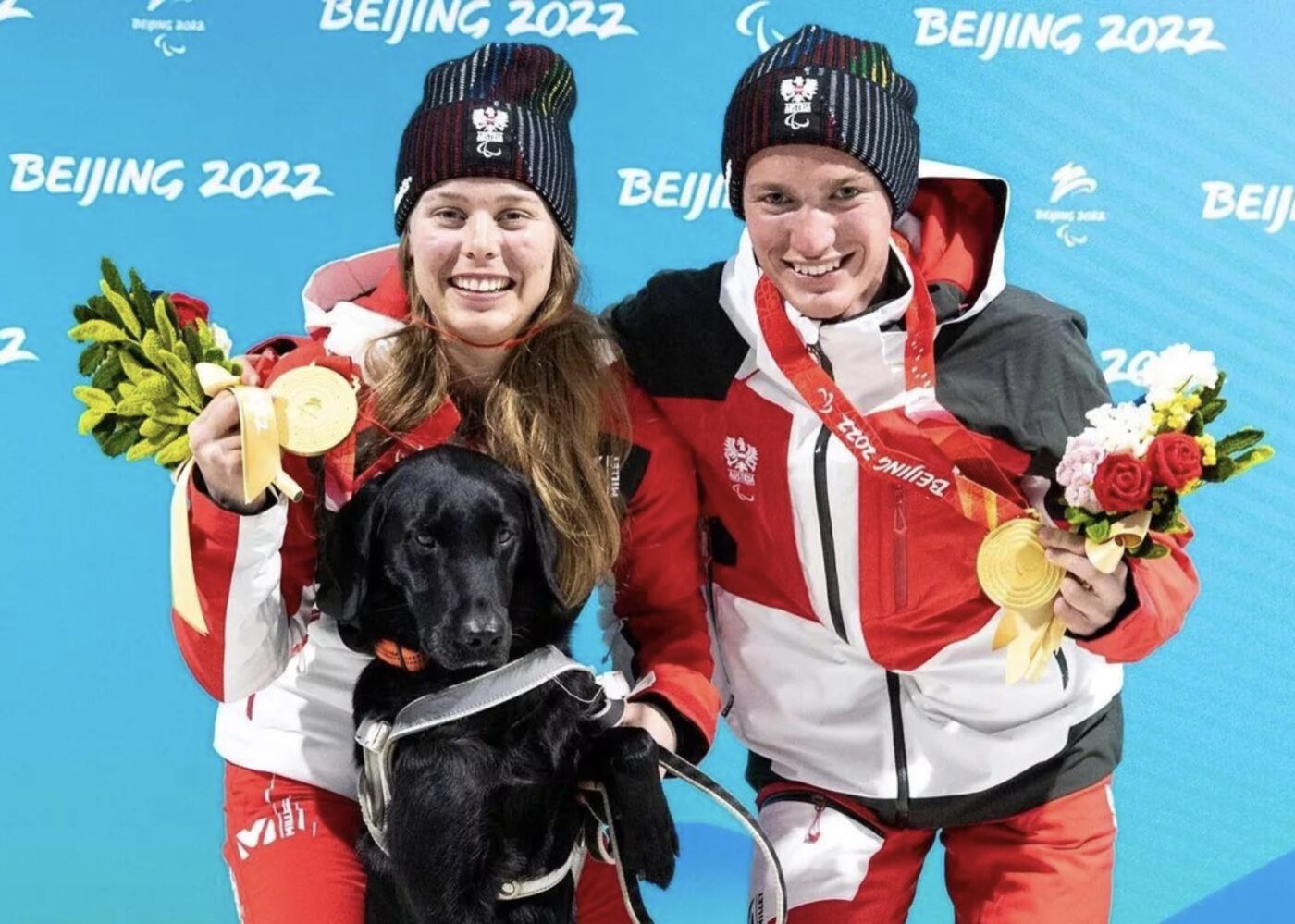 Austrian cross-country skier Carina Edlinger won the Paralympic gold medal in the women’s visually impaired sprint at the 2022 Games in Beijing. She raced with ski guide Lorenz Josef Lampl, but Edlinger also attributes much of her success to her guide dog Riley.

The 5-year-old Labrador helps Edlinger, who is visually impaired, in many ways. In addition to giving her freedom in the face of vision loss, Riley is also Edlinger’s best friend.

Riley and the Beijing 2022 Winter Games

Before she won her medal, Edlinger had to work with the International Paralympic Committee to ensure that Riley would join her in Beijing. She explained:

“For me, the most important thing was that I came to China to bring my dog. If my dog ​​hadn’t been able to get into China, I’d fly straight home.”

It was essential that Riley be there, Edlinger said. He is not only her guide dog, but he is also her emotional support during the stress of competitions.

“I see between 1.5 and 2 percent, so I’m probably the most visually impaired athlete competing here, so it’s a little tricky, but he’s helped me – not only to find my way, but also emotionally in the past few games. days,” said Edlinger.

According to Edlinger, Riley is known to the Paralympians. She told the Austrian Paralympic Committee:

“Every volunteer has now taken a selfie with him, it seems to me that in the Paralympic village he is more famous than the Chinese president. Everyone waves at him and calls after him, which is nice. I’m almost used to being number two.”

More than a guide dog

Vision loss is hard to deal with, but that’s how Riley came into Edlinger’s life. In an Instagram post celebrating her dog, she wrote:

It’s weird to say, but probably getting to know my buddy’s true deep love is one of the missions I had to learn with vision loss. It is better to appreciate the positive side and the fact that I wanted a black dog than to have a dark mindset.

As her guide dog, Riley makes so many things possible for Edlinger that would otherwise make vision loss impossible.

“A year ago I couldn’t even imagine how much freedom, independence and quality of life Riley could give me back. For me it was a [incredible] hard time and process to accept that my life is going to change due to loss of sight and I really can’t help it. Yet it is a struggle and [handling] everyday life is not easy, but always having your best buddy by your side [brought] a lot of peace in that battle,” she wrote on Instagram.

“He’s just mine and is much more than just a guide dog,” Edlinger said.