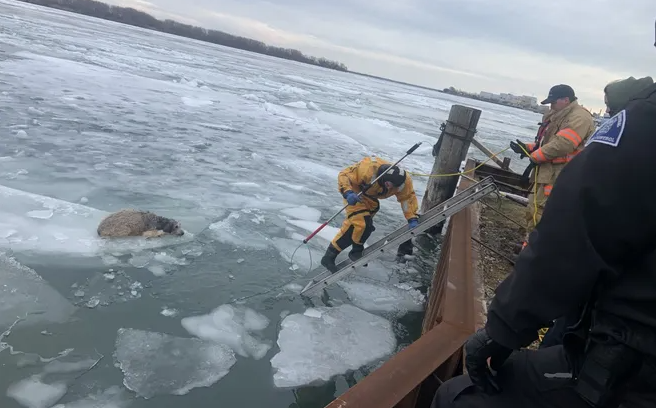 Lucy, a recently adopted labradoodle who found herself cold and wet on a patch of floating ice on the Detroit River, has won the hearts of Midwesterners who saw her daring rescue on the news and on social media.

“It had such a happy outcome,” said Wyandotte assistant fire chief Tom Lyon, who, along with a small crowd of first responders and residents, watched as his men donned orange insulated wetsuits and risked their lives to save the terrified animal. “She just had those big brown eyes and she couldn’t talk, but she was probably just so grateful.”