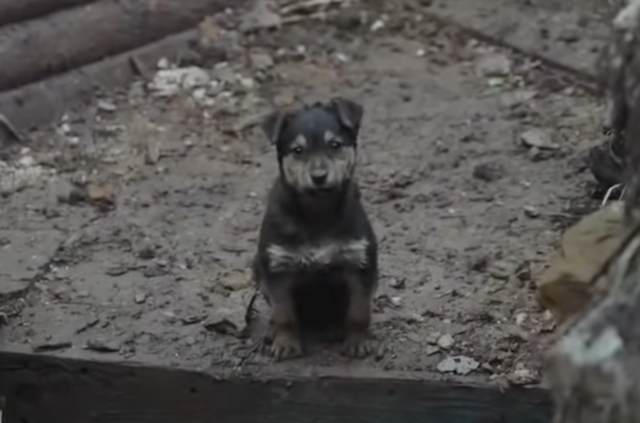 When most people think of a working dog, they often imagine a large, strong dog that is not afraid of conflict. A round, squiggly puppy is the opposite of what you would expect. Still, Ukrainian soldiers added some unique members to their squad during the Russian invasion.

The soldiers publicly introduced two little puppies, each with a unique backstory. While the puppies can’t walk or fight very far, they’ve been helpful in other ways. According to the Ukrainian Ministry of Foreign Affairs, these little puppies can predict Russian attacks and warn the people they trust.

A puppy with a special name

Kiev Police have added a German Shepherd puppy to their team. Its name is Bayraktar, after the Turkish Bayraktar drone that has been a successful tool against Russian forces.

“A puppy named Bayraktar now works in the Kiev region police dog training center,” Ukraine’s foreign ministry wrote on Twitter. “He senses the approach of the enemy and begins to bark, warning of the danger of the explosions.”

Bayraktar was born in the police dog center just a few months before the war. Despite being so small, police claim it can predict enemy attacks. Every time Ukraine gets a small win, they like to joke that Bayraktar played a big part.

RELATED: Polish rescuers run in and out of war-torn Ukraine to rescue animals

In addition to a puppy named Bayraktar, the Ukrainian defense forces are also ordering more Bayraktar drones to protect them from Russian forces.

Bayraktar is extremely cute, but he’s not the only puppy to help during these horrific times. Rambo was an abandoned puppy found by a Ukrainian soldier during the war. He was cold, so the soldier decided to adopt him. Now the puppy is a faithful protector in Ukraine.

“We felt sorry for him. It was freezing outside,” said one soldier. “We took him to our post and he stayed with us.”

Rambo still has a lot to grow, but he is already braver than many adult dogs. He can hear people approaching before his people can, so he will warn the soldiers if he suspects danger. He also acts as a therapy dog ​​for the soldiers under great pressure during the invasion.

Dogs don’t have to be powerful to protect their people. Bayraktar and Rambo prove that even the smallest puppies can make a difference if they have enough determination. The love of the soldiers has made these pups the brave canines they are today.