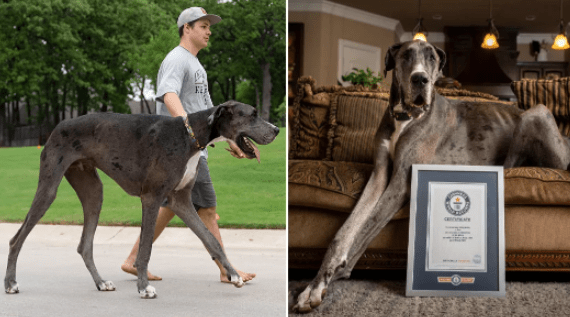 Zeus is an unusually tall dog with a height of 1,046 meters. He lives in Bedford (a town in Texas) with the Davis family. The puppy was adopted by Brittany Davis when he was just 8 weeks old.

Recalling his puppyhood, David told the Guinness World Record: “He’s been a big dog since we got him, even for a puppy. He had huge paws.”

She also mentioned ‘Wow, that’s a horse!’, ‘Can I ride it?’ or ‘Does he have a saddle?’ are a few questions they often hear. However, the answer to all questions is ‘no’.