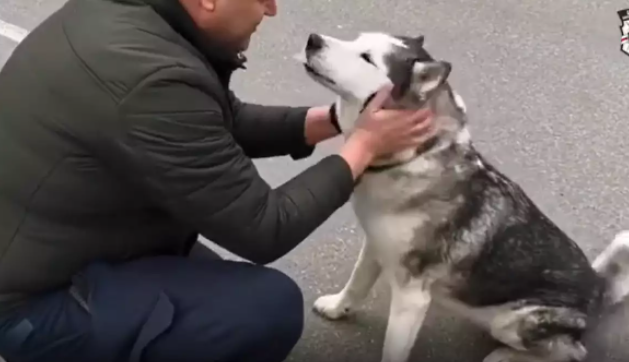 The moment was captured in the Ukrainian city of Bucha, which was recently bombed by Russian forces. The dog was separated from its owner in the down during the relentless attack. Fortunately, troops found the dog on the outskirts of Kiev after a Russian soldier fled the area.