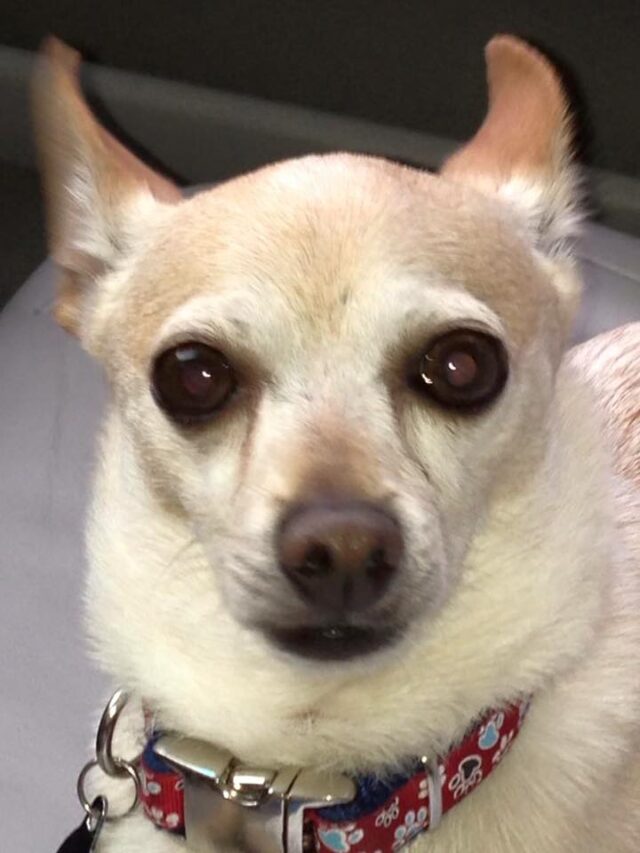 We all wish our furry friends lived long enough to be the oldest dogs in the world. For Gisela Shore from Florida, that dream recently became a reality. Her rescue chihuahua named TobyKeith won the Guinness World Record for “oldest living dog.”

He may not be the oldest dog ever, a 29-year-old Australian Cattle Dog named Bluey, but this is still a huge milestone. Most people don’t know the exact ages of their rescue dogs, so even if they are the oldest living dogs, they may not be recognized for it. TobyKeith is proud of his special title!

TobyKeith was born on January 9, 2001, so he is 21 years and four months old. He’s been with Shore almost all his life, as she adopted him from Peggy Adams Animal Rescue when he was a little puppy. His name was Peanut Butter at the time, but Shore thought TobyKeith was more appropriate.

“I was volunteering with Peggy Adams Animal Rescue and one of the staff members told me about an elderly couple who tried to give up a puppy because they could no longer care for him,” Shore said.

When Shore adopted TobyKeith, she never expected to spend more than two decades with him. She said she started to wonder if he was the oldest living dog when he was 20 years old. She knew that most Chihuahuas were between the ages of 12 and 18. So she sent TobyKeith’s information to Guinness World Records, and they confirmed that he is the oldest living dog we know of.

Shore was overjoyed when she heard the news. To celebrate, she gave TobyKeith a spa day, took him for a car ride, and gave him a special treat. The two have always been close and TobyKeith follows his mother everywhere.

He doesn’t slow down!

A lot of people say how good TobyKeith looks for his age. He still takes several short walks during the day, but also makes plenty of time to cuddle with his mother. He has a heart condition, but luckily it doesn’t get in the way too much.

TobyKeith has several siblings, including two dogs and two parrots. His mother has also taken care of Peggy Adams Animal Rescue for the past 20 years, so more than 150 foster dogs have been in their home since she adopted TobyKeith.

“The thought that my little man has reached such a milestone is fantastic! I’m excited,” Shore says.

TobyKeith will continue to live his best life for as long as possible. He doesn’t let his age stop him and it’s amazing that he has spent so many years in a loving home.