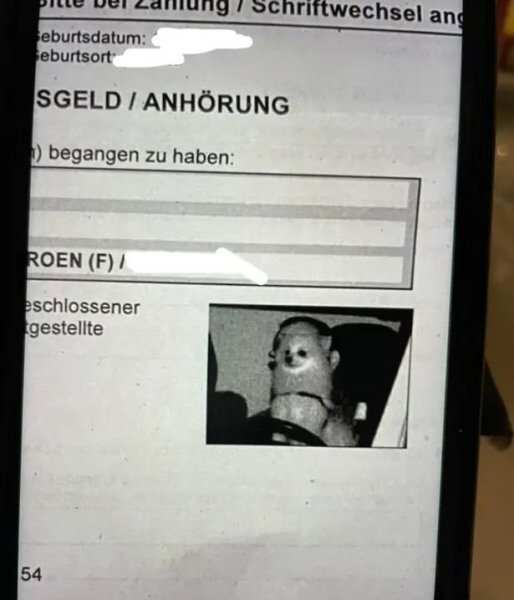 Getting a speeding ticket is not funny. However, a man in Germany was amused when he got one, and a dog was held responsible for breaking the traffic rules.

We know you wouldn’t believe it, but it’s true. The man received a letter from the authorities to pay a fine, and the photo shows that it was not a human but a cute dog behind the wheel.

The letter received by post stated that a €50 fine had been imposed for his car being caught by the traffic camera exceeding the speed limit.

However, instead of showing the car owner in the photo, a small, white dog was captured staring straight at the road ahead. What actually happened was that even though the dog was caught on camera, it was only because the pet decided to jump on its owner’s lap at that point. The owner forgot to put on the special seat belt that day for safety.