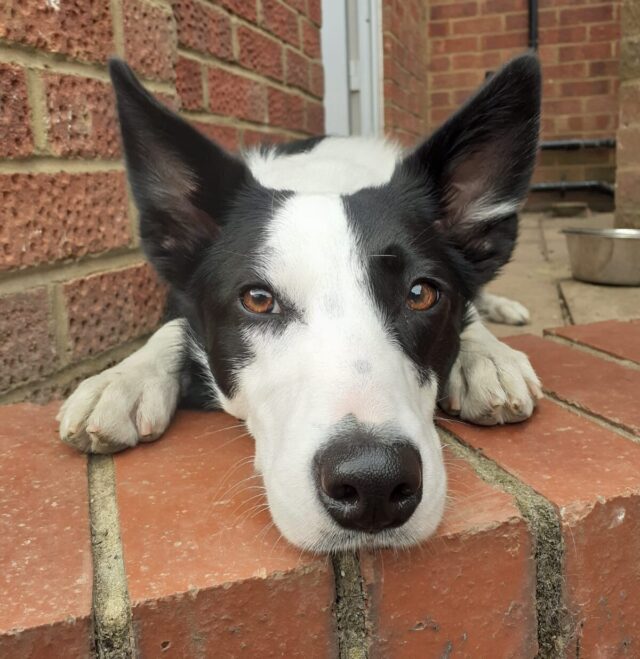 When a dog gets lost, everyone involved panics, even the dog itself. Many stray dogs become so concerned that they are hesitant to trust anyone or go anywhere. But not Pepper, the two-year-old Border Collie. She may be the calmest lost dog ever!

The intelligent rescue dog got lost on a walk, but instead of getting nervous, she used her critical thinking skills. Her people had taken her on the bus many times before, so she casually found her bus stop and took it home as if it was the normal thing to do. Dog lovers around the world are shocked by this dog’s amazing adventure.

No need to panic!

Charlotte Jones and Saffron Caps are Pepper’s human parents. They adopted Pepper when she was five months old after someone gave her away because she was “undesirable and useless.” But Pepper soon proved she was anything but. She is loved very much now and she is always learning new skills.

One day, Charlotte’s mother, Julie Jones, was taking the puppy for a walk for her daughter when things went wrong. Like many herding breeds, Pepper had a sudden urge to hunt wild animals, so she fled before Julie could catch her. Still, Pepper didn’t seem upset when she realized she was lost.

RELATED: Dog Rides the Bus to the Dog Park Every Day. By herself.

Pepper eventually walked about three miles to the bus station where she regularly boarded her people. She waited patiently for the bus and then got on it. At first, the bus driver assumed her human wasn’t far behind, but passengers soon became curious about the dog boarding house alone.

Fortunately, a woman recognized the dog and sent a photo of her to her people. She told the driver she would stay with Pepper to take her home, but Pepper had plans of her own.

When the bus reached Pepper’s stop, the pup jumped off without hesitation. The woman who had waited with Pepper followed to make sure the dog got home safely. Pepper waited patiently for her people to come for her, and the woman stayed by her side until they arrived.

“She knew when to get up when the bell rang. We’ve been doing that bus ride for so long, the doors opened and she jumped off,” Charlotte said.

Although Pepper had often gone that route with her people, it was the first time she went it alone. Still, somehow she did it perfectly! Charlotte says it’s a “real-life Lassie story.” Her journey quickly became popular on social media and the news.

Charlotte and Saffron tried to reward the woman for protecting their dog, but she refused to accept any gifts. She was just happy to know that Pepper was back in her loving home. Pepper is an incredible dog! If she can get on and off the bus herself, who knows what she’s still capable of?