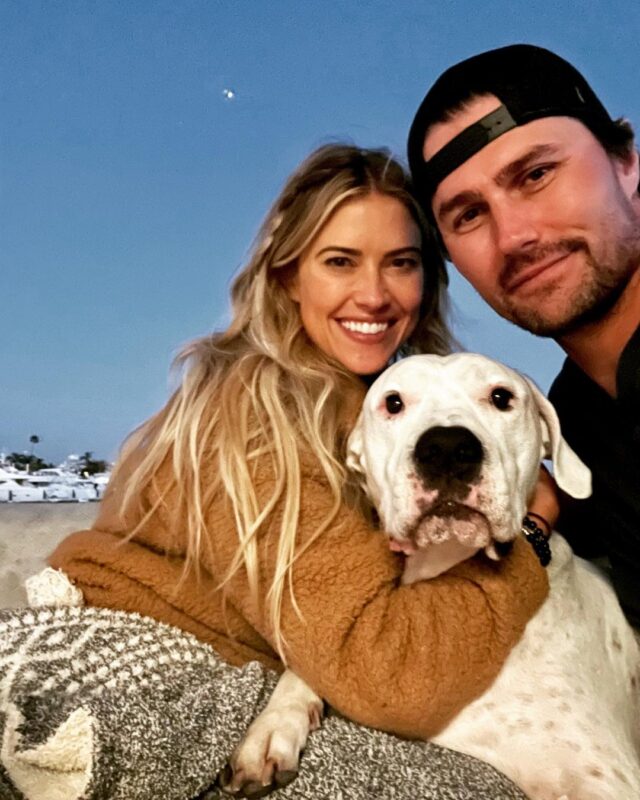 When a dog becomes terminally ill, it can be easy to wallow in grief and fear their death. However, the disturbing news doesn’t have to be all bad. If they discover that a dog is sick, it can also motivate their people to give the puppy the healthiest and happiest life from then on.

HGTV star Christina Haack and her fiancé Josh Hall recently shared heartbreaking news about their dog Stella. Stella has cancer, but the couple refuses to accept defeat. They will do everything they can to ensure that their beloved dog can live the rest of her life to the fullest.

The real estate couple first announced their engagement in September 2021. Before they got together, Stella was Hall’s dog, but Haack quickly fell in love with the gentle giant, so she treats her like hers.

In early 2022, Haack and Hall received the heartbreaking news that Stella has cancer. They waited a few weeks before sharing the discovery on social media. But when they did, they tried not to focus on the sad parts. Instead, they talked about how they could improve the situation.

“Seven weeks ago we found out that our sweet Stella has cancer. According to the early forecast, she could leave us in 60-90 days,” Haack wrote on Instagram.

Haack has three children, but Hall has no human children of her own. Instead, Stella is his child, and he is committed to giving her the best life possible. So the couple has taken her on exciting adventures and given her a healthier lifestyle.

Focusing on the positives

Haack said she and Hall have been researching and making changes to Stella’s routine to hopefully extend her life. They think they can help her for a few more years with the right care.

“Of course we spoiled her extra. We did a lot of research and put her on a special diet. Josh spends hours a week and a lot of dishes preparing her meals and adding her multiple supplements,” Haack wrote. “Josh didn’t have kids of his own and Stella is his baby. I’m happy to share, since the new meal plan / PSP mushroom + omega supplements she looks healthier than ever. Pray we have many more years to come.”

RELATED: Do You Know These 5 Warning Signs of Pet Cancer?

After seeing Haack’s post, several fans responded with tips and stories about their dogs with cancer. One follower said their dog was expected to live a year after being diagnosed with cancer, but after consulting a dog nutritionist, the dog lived another six years!

However much time Stella has left in this world, Haack and Hall will make the most of it. They want to make sure the rest of her life is great so that she will be extra spoiled from now on.