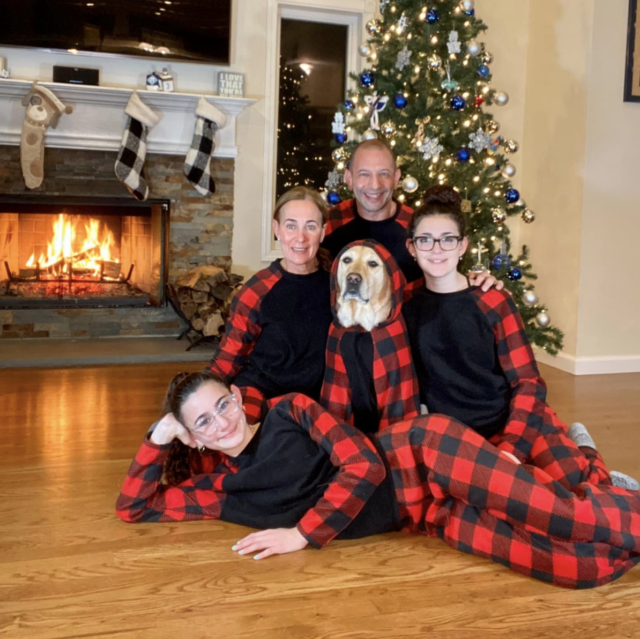 Dogs are known as man’s best friend, but “daughter’s best friend” is a better fit for this situation. Brian Benson and his therapy dog ​​named Magnus are inseparable, but a recent video revealed who Magnus’ favorite relative really is. The TikTok famous Labrador Retriever was spotted taking a nap with Benson’s daughter. They look so peaceful that it is impossible to deny that they are best friends.

While Benson may be jealous of his daughter, the internet has fallen in love with the video. Not only do the dog and the girl get a cute hug, they also wear matching pajamas! How can it get any sweeter?

Benson initially posted the video of Magnus and his daughter on TikTok. The caption says, “I came home and found my dog ​​and daughter like this…” Then it has Benson open the door and walk to the couch, where his 13-year-old daughter named Skyler is curled up next to Magnus.

Magnus sleeps on his back with his mouth wide open. All his teeth are coming out. Skyler has her arm around him and a blanket covers them both. The cutest part of the video is that the dog and daughter are wearing the same yellow striped pajamas. Apparently Magnus has several matching outfits with Benson’s kids.

“We have several sets of matching pyjamas and every time we take them out, Magnus comes running to get dressed. It’s the cutest thing ever,” Benson said.

Since Magnus is trained as a therapy dog, he loves to cuddle with people. So it wasn’t much of a surprise to Benson that he snuggled up next to Skyler. Magnus regularly visits terminally ill patients in hospitals to provide comfort, but unfortunately his duties as a therapy dog ​​came to a halt for a while when the COVID pandemic began.

Magnus was unable to visit people for a while due to COVID. But Benson still wanted the 6-year-old Lab to bring comfort to others. So he created social media accounts for the dog to share uplifting videos during hard times. One of Magnus’ first viral videos showed him exercising with Benson.

“We never thought Magnus would become an online star, especially since we never originally planned to have him online,” Benson said. “We decided to start online accounts to do what we call ‘virtual therapy’. Through funny, feel-good content, our goal was to make people laugh, brighten their day and distract them from all the struggles going on in their world.”

Magnus’ social media presence received so many positive responses that the family continued to post content. Many people look to the pup’s page when they want to smile and laugh. The video of Magnus cuddling with Benson’s daughter is just one of his many heartwarming messages.

As Magnus resumes in-person therapy events, he continues to post “online therapy” to continue bringing joy to people around the world.